Amazon’s need for speed on the journey to a low carbon, connected future 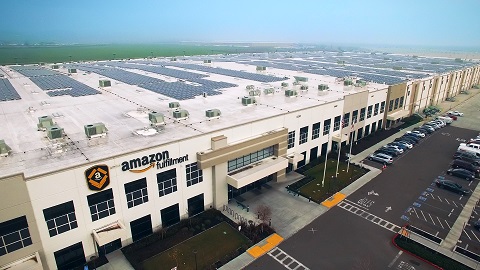 At the core of Amazon’s DNA is a need for speed. Everything the Seattle-based technology company undertakes has a sense of urgency, of meeting market needs even before the market is aware of those requirements. From their initial inception as an online bookstore, through the technology evolution and even in its decarbonisation ambitions, tempo has been a core requirement.

In the 25 years since Jeff Bezos founded Amazon in Bellevue, they have transitioned from an online marketplace for books into a multinational technology company with cloud computing, digital streaming and artificial intelligence joining its original e-commerce platform.

By anyone’s standards it has been a meteoric rise but in a recent CERAWeek webinar current CEO Andy Jassy expressed the company’s frustration with its early efforts. “By most people’s standards in the 1990s and early 2000s Amazon was a company that innovated at a very rapid clip,” he says. “And yet at the time we were very frustrated with the speed with which we were innovating. It felt like it was taking so long.

“We asked people how much of their time when building these features or capabilities is spent on what really differentiates the capability versus that undifferentiated heavy lifting of the infrastructure. We were stunned to hear that people spent about 80 per cent of their time on that undifferentiated heavy lifting. That was a real realisation to us that, if you built reliable, scalable, cost-effective infrastructure services, it would allow Amazon to innovate at a much faster clip than we were before.

“We thought about Amazon, which is a very strong technology company, and if we had that issue, we figured a lot of other companies probably had that same issue.”

At the core of that response was the cloud and Amazon launched Amazon Web Services (AWS) 14 years ago to venture into that, at the time, emerging market. “The cloud spans the gamut in terms of customers,” Jassy says. “In the first half dozen years or so of AWS you mostly saw start-ups using the platform. What has happened over the last seven or eight years, but particularly over the last five, is that the enterprise and the public sector have really started to adopt AWS and the cloud in a very pervasive way.

“You see it in every imaginable vertical business segment: In the energy sector; financial services; healthcare; in the public sector we have 7,000 government agencies worldwide using AWS; 10,000 educational institutions; 25,000 non-profits. So, it is an extremely broad and diverse customer base. One of the biggest benefits of the cloud is the ability to move quickly and to innovate on behalf of customers quickly. When you have data, as most enterprises do, that live all over the place in all these different silos, it is incredibly difficult to do much with that data or to do analytics on that data.”

Working with the energy sector

One example of this came with oil giant Shell. “We started working with Shell on their subsurface data universe,” Jassy adds. “What they really wanted to do was have this one place where they could run lots of analytics in almost endless simulations. The data scientists had all kinds of ways they wanted to use this data, so we built this with them.”

Shell’s ambition was to democratise this data set. “It would allow other companies to do the same type of exploration and, as importantly, will get a number of independent software vendors and systems integrators who will build to enable us to do more in the analytics and then what we can do with this data,” Jassy continues. “They opened it up and it totally changed access to that data and what you can find from it and what you can do and how you can save money and time and energy in the exploration process.”

Another example comes from Woodside which has gas plants all over the world. Jassy explains that Woodside were trying to innovate on the traditional way that they ran these plants in terms of both operation and maintenance. “They went about using machine learning and AI to build an intelligent asset that tried to fuse together all of this historical data and how the plants were used and how they were operated and fusing that data with thousands of real time sensors on their various assets,” he continues. “What they are able to do now is, they have all this historical data, they built models to analyse and predict what is going to happen based on historical data, they have real time inputs, they have a visual representation of what is happening in their plants and then they are able to run all these simulations on different scenarios, such that now they are able to predict when there might be a failure or maintenance issue up to a week before it actually happens.”

Joining the drive to decarbonisation

“If you add the carbon intensity for the same task, it’s 88 per cent more energy efficient to run an AWS than it is on premises. We would rather try to be a part of the solution and help energycompanies be more energy efficient with the technology infrastructure they are going to use, but also save money and time so they can spend their innovation cycles working on the renewable projects that allow us to all get to 100 per cent renewable like we want.

“I am not sure I know any companies that are not focused on the environment right now and who do not understand how important that is to our future. There is such an urgency to get there, but if you are going to run technology infrastructure it is so much more energy efficient to be able to do so in the cloud than on-premises and that is because we have much better utilisation in the cloud of servers and more efficient power. If you can be 3.6 times more energy efficient with the same workloads you have to run, but in the cloud, that changes what your own carbon footprint looks like.”

As for Amazon’s own decarbonisation journey, the company were the first signatory of the Climate Pledge, which is a commitment to be carbon zero by 2040, which is ten years ahead of the Paris Agreement. “We also said we’re going to be 100 per cent renewable by 2030 and we are working really hard to try to beat that goal as well,” Jassy says. “Just in the last few days we have announced this $2 billion fund to fund renewable projects that change the speed with which we can all get to carbon zero. It is a big priority for the company. It is a big priority for AWS and for the rest of Amazon and we are looking for as many partners as we can to help accomplish it.”

Changing the nature of business with the Cloud

According to Jassy the prime benefit from the Cloud is that It changes what is possible with companies. “If you can turn capital expense into a variable expense, usually that is attractive to people,” he explains. “In the cloud you do not have to lay out all that capital for the data centres and the hardware, you get to just use the infrastructure as you need it. And then variable expense is a lower expense than what most companies can do on their own because we have such giant scale that we pass on to customers in the form of lower prices. We have lowered our prices on almost 80 different occasions in the last ten years.

“Anyone who needs to provision infrastructure knows that you have to guess ahead of time how much you need. If you guess too little, you end up having an outage if it turns out that you need more, so nobody guesses too little, everybody provisions for the peak. There is a reason they call it the peak; you rarely sit at the peak.

“In the cloud you do not have to guess. You provision what you need. If it turns out you need more, you seamlessly scale up and if it turns out you hit a peak, you just give it back to us and stop paying for it. But the number one reason that people have adopted the cloud and the way it has most changed a lot of businesses is just the agility and speed with which you can innovate and change your own customer experience.”

The need for speed

Jassy mentioned the early frustration with the pace of change and that is equally as relevant moving forward. He believes that the key to maintaining momentum rests with people. “If you hire people who are content moving slow and operating in an incumbent pace, you will move slow,” he says. “Whereas we overly index on who we hire on builders. We think about builders as those who like to invent, but also those who look at a customer experience and try to figure out what’s wrong with it and then have this hunger to change that and to reinvent that.

“Then we try to organise them in as small and separable and autonomous teams as we can, so they own their own destiny. If teams own all the resources—there is no more finger pointing between engineering and product management, operations; they are all in the same team, and they are all owning it together, they take charge of their own destiny.

“The last piece is, if you want to invent and you want people to take chances and work on new initiatives, you have to be able to tolerate failure. None of us like failure at Amazon. But if you don’t allow people to take chances and have an opportunity, if it doesn’t work out to be able to move on to something great, it’s a self-fulfilling prophecy: none of the good people work on the new things because it will be too risky.” 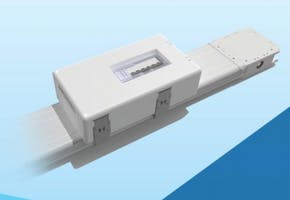 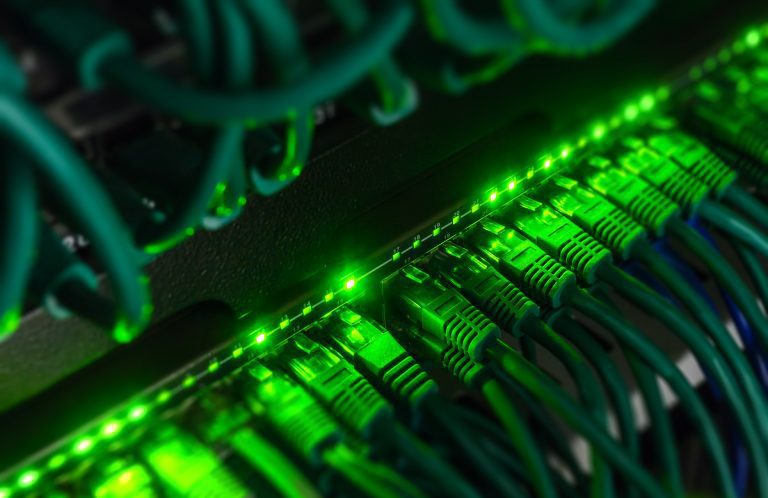 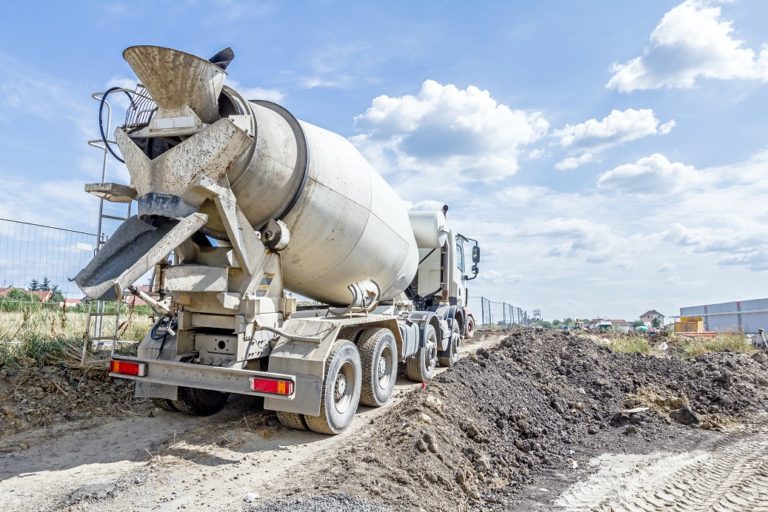 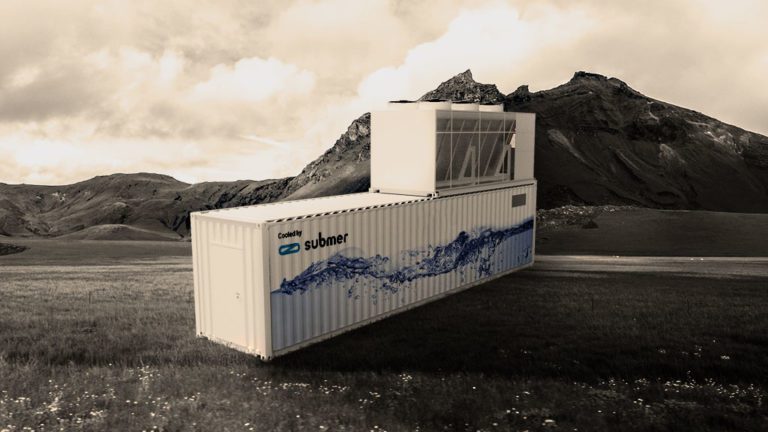 Two of the most pressing challenges for data centres are reducing the time to market and the availability of water. For operators, an extended time 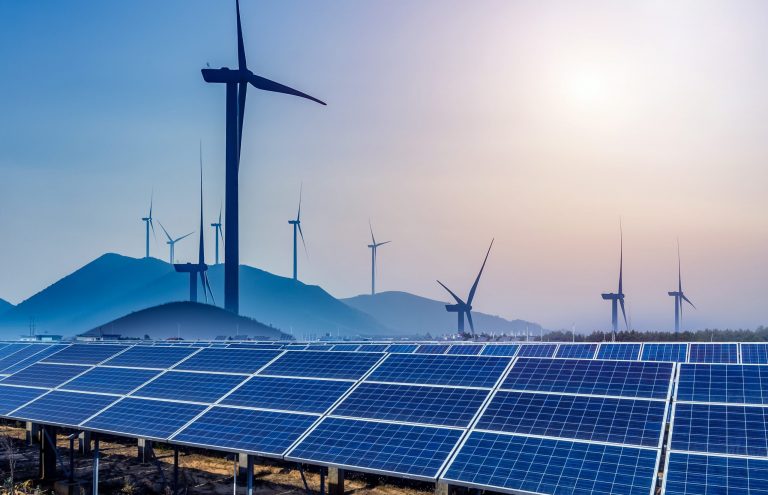 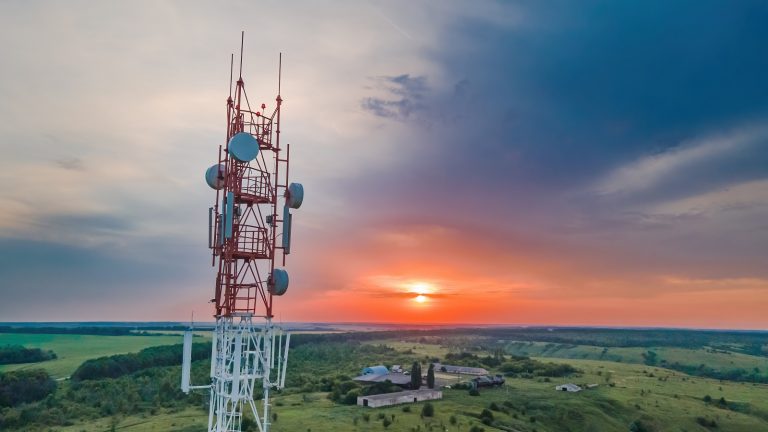 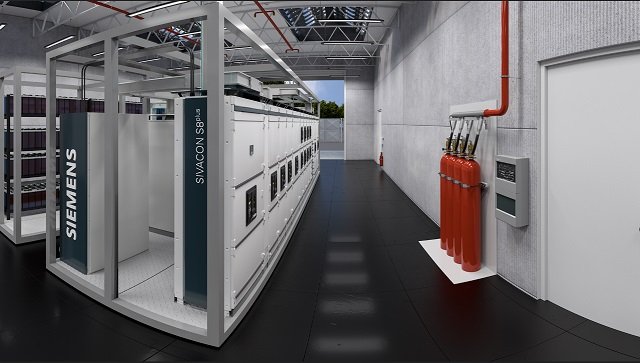